How to Select Natural Surfactants

A surfactant is a surface active agent, known for having the ability to clean dirt and to create foam.

Surfactants are described for the role they play in a formulation, for instance, foam is the finished product, the surfactants used may be referred to as “foaming agents.” Surfactants used in body and hair care may be termed “detergents” or “soaps.” Foaming is not necessarily related to cleansing, a product does or does not foam a lot, has no direct connection on how well the product function as a cleansing agent. However, often the consumers believe in how well a product cleans, is to see a relatively high level of foam to think that the product is cleaning or working effectively. Contrary to this popular belief, you do not need a lot of foam to clean a surface properly. Foam is just air trapped by the surfactant. Technically, we only need enough surfactant to lift all the oil and dirt from the surface.

How a Surfactant Works 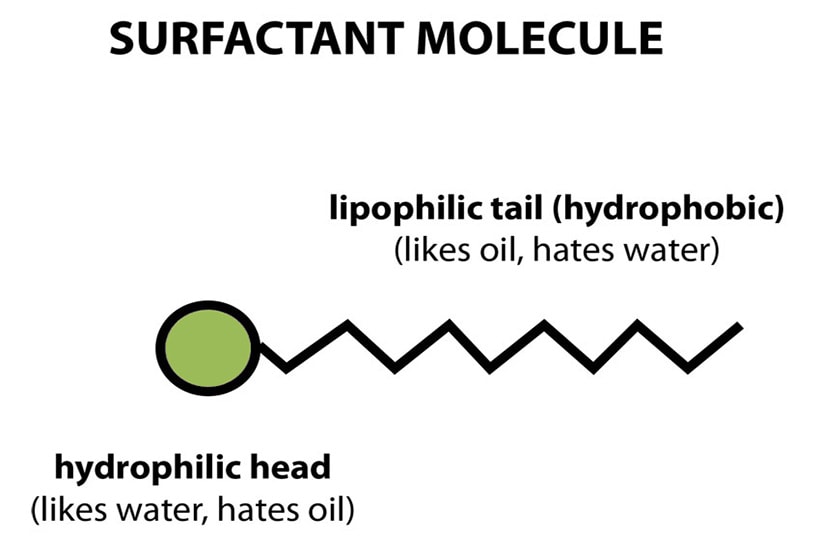 This is a simplistic diagram to give you an overview of how a surfactant looks like. Some surfactants may have multiple or more complex head or tail groups.

Dirt attached to the skin is often oil-soluble, so when soap or cleansing product is applied to the skin, the surfactant lowers the surface tension of the water. The hydrophobic tail of the surfactant is then attached themselves to the dirt and the oil, assemble in a geometric pattern which is called micelle. As dirt and grease are completed surrounded by the hydrophobic tails, the micelles with the oil, dirt, and surfactant are removed with water during the rinse. 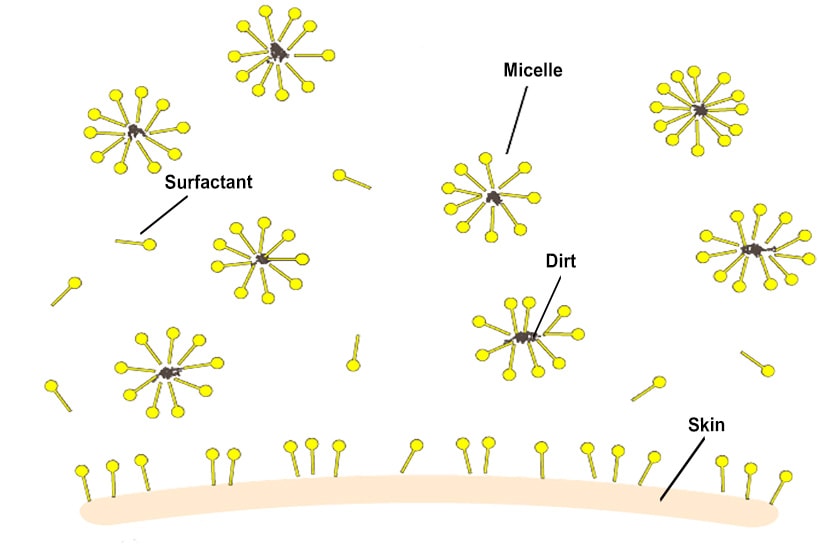 There are 4 types of surfactants based on their interfaces and charges: nonionic, anionic, cationic, amphoteric. 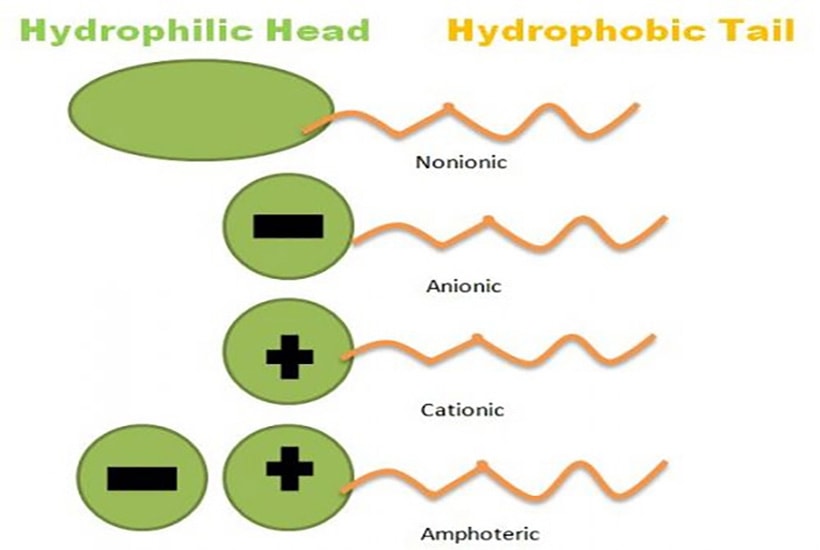 Generally, formulators will need to have idea of each group of natural surfactants and how they will play a role in the cleansing products.

Most commonly used anionic surfactants, SLS (Sodium lauryl sulfate or Sodium Laureth Sulfate). It can be found in everything from shampoos and shower gels.

All cleansing and foaming products, conditioning and anti-frizz & detanglers

Only non-quaternary cationic surfactant which is accepted in natural formulations.

Almost all products from shampoo to conditioner and everything in between

Often, it is hardly seen finished products use only one single surfactant. 2 or more surfactants are usually blended to:

A. Reduce the sensitization and enhance mildness

C. Enhance the viscosity and texture of the product 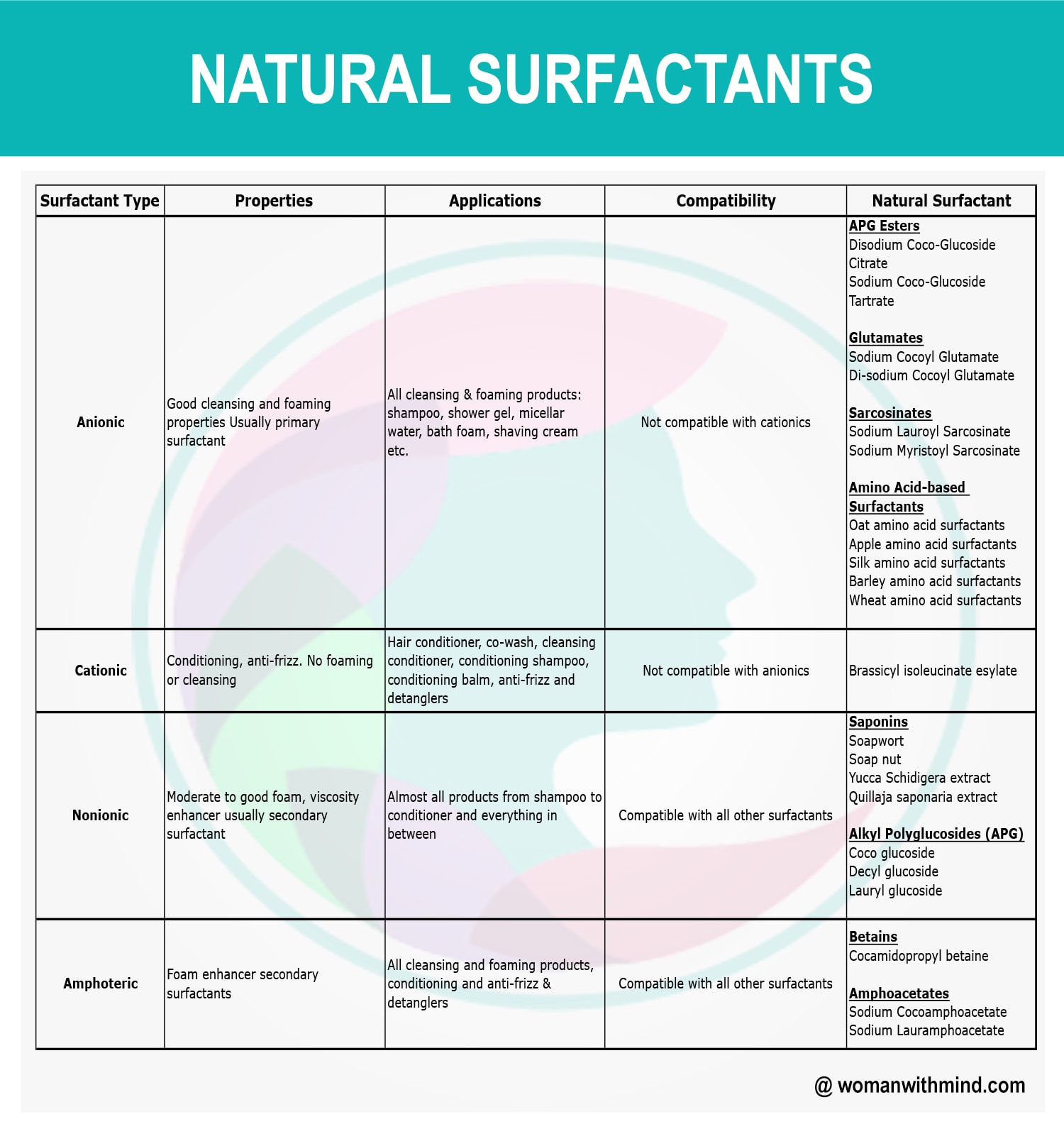 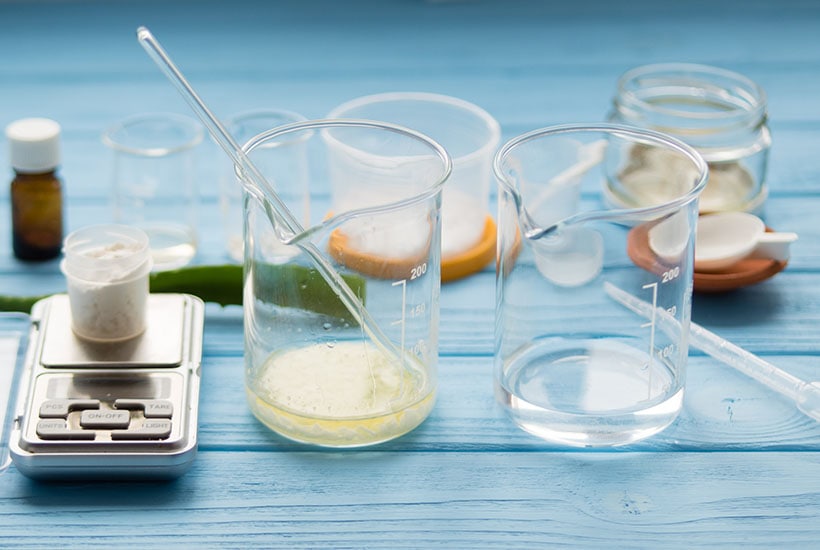 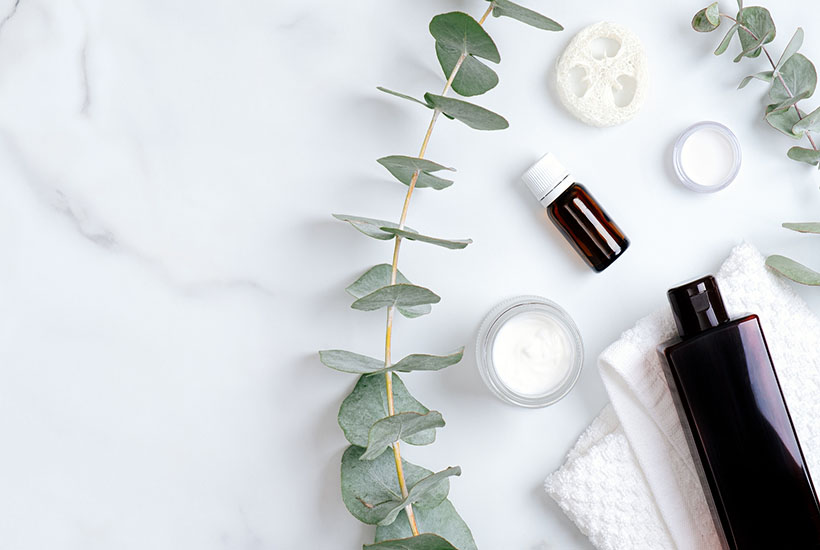 HOW TO SELECT NATURAL SURFACTANTS BY PROSPECTOR

A BEGINNER’S GUIDE TO WORKING WITH NATURAL SURFACTANTS 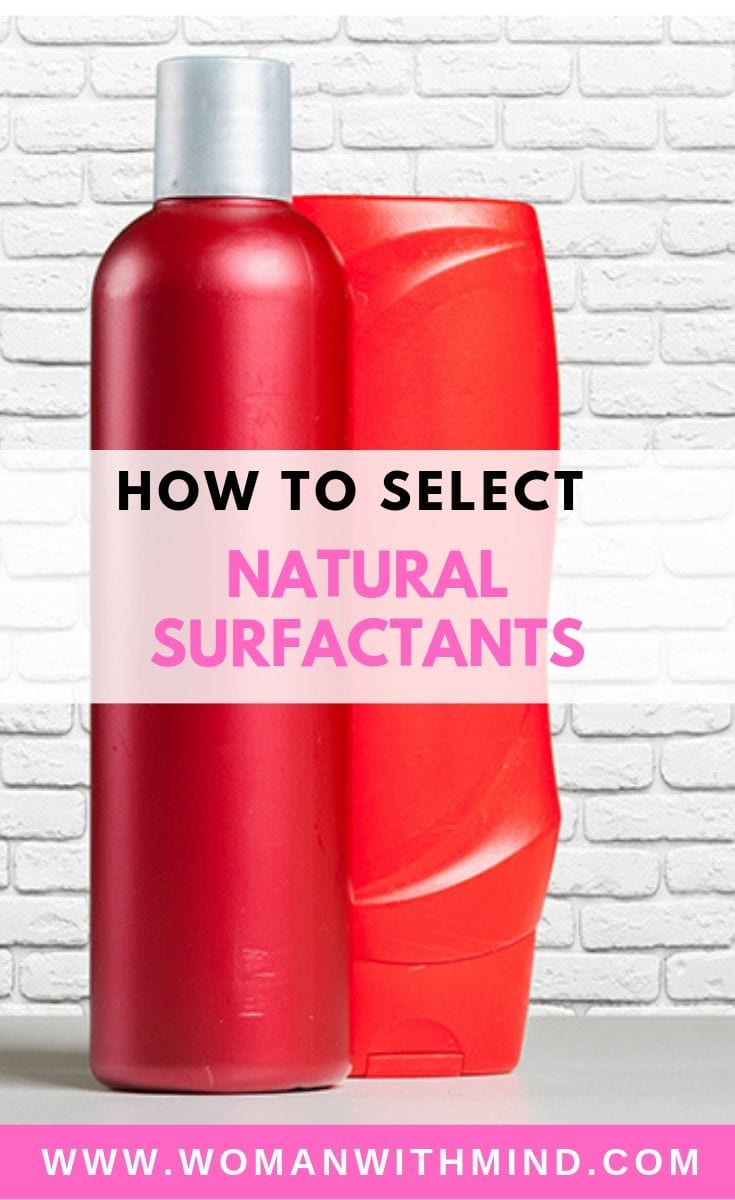